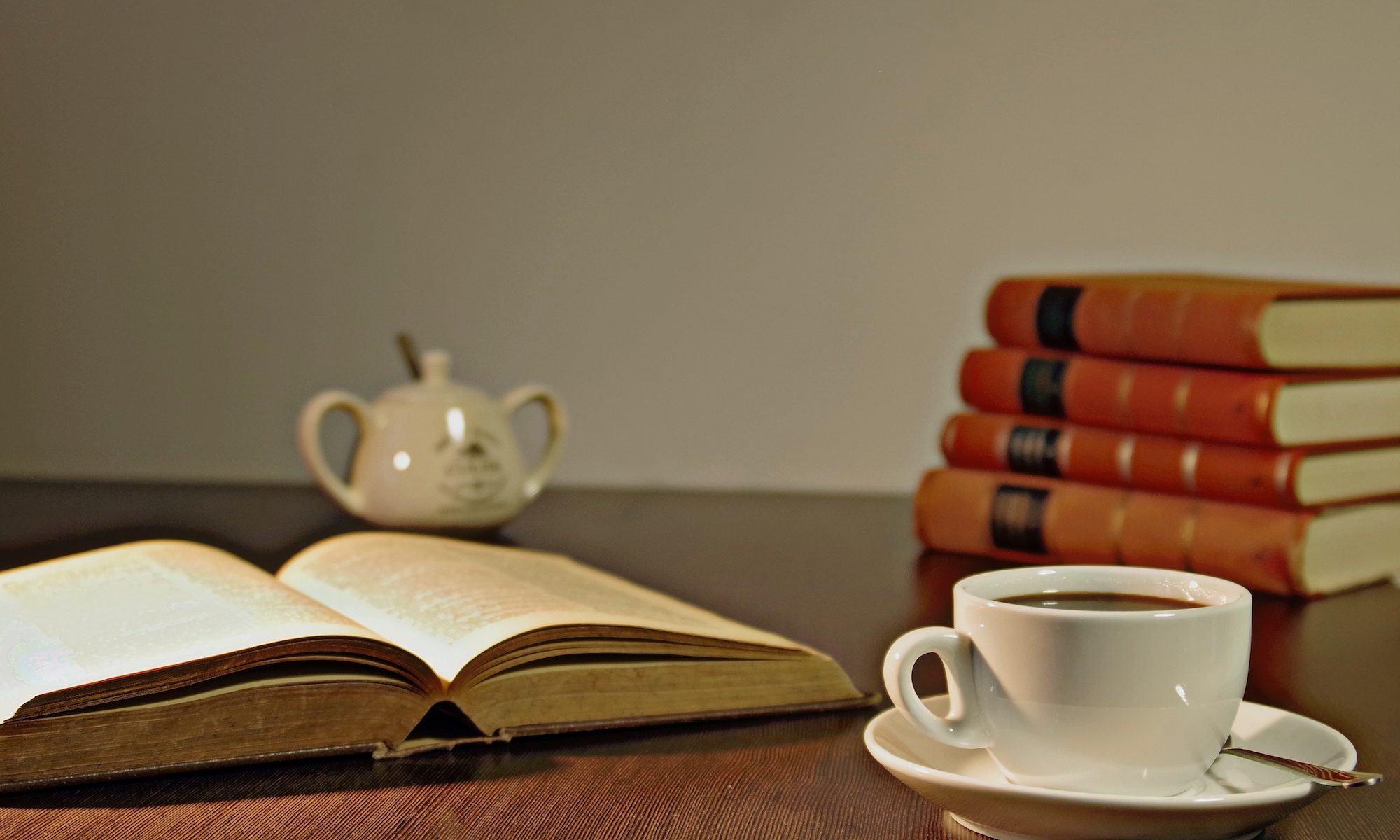 
Am I Normal Yet is a breath of fresh air talking openly about the issues surrounding mental health. Evie suffers from OCD and at sixteen not only does she have to fight with her own mental health but she has to deal with the inevitable teenage issues of college, friends and boys and let’s be honest being a teenager is hard enough without the additional issues Evie has to face.

This book has a strong theme of feminism running throughout and didn’t end in the very clichéd love conquers all view of the world that some books I have been reading recently have contained. If only recovering from mental health was so easy, dating and having another person in your life will often complicate matters and make you feel even more insecure than you may have been before.

It is also interesting to read about the fact that the condition that Evie is suffering from can be considered “typical OCD” with Evie performing the stereotypical repetitive behaviours being commonly seen with OCD, doesn’t mean that it is any less severe and debilitating to a person’s life.

I must admit there was one part of the book I disagreed with as yes not all discussion about mental health has been useful that what it is doing is highlighting that more public discussion is needed. I would like to remain hopeful that if people were fully away of mental health conditions and their impact that they wouldn’t be using the terms incorrectly if their knowledge of the condition was complete.

Mental illnesses have gone too far the other way. Because now mental health disorders have gone “mainstream”. And for all the good it’s brought people like me who have been given therapy and stuff, there’s a lot of bad it’s brought too. Because now people use the phrase OCD to describe minor personality quirks.

I think that people have been mislabelling themselves as being OCD for years, long before mental health illnesses started to become more widely accepted in society’s broader conversation.

We at the Mental Health Book Club would highly recommend this book.

Listen to our full review in Episode 17

Trigger warning: this episode contains discussion about suicide and self-harm.

Get the next book here

If you feel suicidal call 999 immediatly

Along with these thoughts you start to have intense feelings of anxiety . . .

Anxiety is a normal emotion that people feel because this emotion tells you to respond, react, protect yourself and do something to reduce that anxiety. It’s our brain’s warning system indicating that you’re in danger.

But this can cause confusion because on one hand, you recognize the fear you are feeling doesn’t make any sense, it’s not reasonable yet it feels real

But your brain is lying to you causing you to question why this would be happening?

Why would you be experiencing feelings if they weren’t true? Feelings don’t lie . . .

When scientists compare pictures of the brains of groups of people with OCD, they can see that on average some areas of the brain are different compared to individuals who don’t have OCD. Those tortured with this disorder are desperately trying to get away from paralyzing, unending anxiety.

It becomes a vicious cycle:

How many people are affected?

Most of us have worries, doubts and superstitious beliefs. It is only when your thoughts and behaviour make no sense to other people, cause distress or become excessive that you may want to ask for help.  OCD can occur at any stage of your life. If you experience OCD you may also feel anxious and depressed and you may believe you are the only one with obsessive thoughts.

What Obsession in OCD is not

What compulsions are not:

Like all other mental health conditions, OCD can only be diagnosed by a trained professional and there are no blood tests or brain imaging tests to diagnose OCD. The diagnosis is made based on the observation and assessment of the person’s symptoms.

OCD can start at any time from preschool to adulthood. Although OCD does occur at earlier ages, there are generally two age ranges when OCD first appears, between ages 10 and 12 and then between the late teens and early adulthood.

Related problems for people with OCD

Some people with OCD may also have or develop other serious mental health problems, including:

People with OCD and severe depression may also have suicidal feelings.

A.    Presence of obsessions, compulsions, or both:

Note: Young children may not be able to articulate the aims of these behaviours or mental acts.

B. The obsessions or compulsions are time-consuming (e.g., take more than 1 hour per day) or cause clinically significant distress or impairment in social, occupational, or other important areas of functioning.

C. The obsessive-compulsive symptoms are not attributable to the physiological effects of a substance (e.g., a drug of abuse, a medication) or another medical condition.

Specify if:
With good or fair insight: The individual recognizes that obsessive-compulsive disorder beliefs are definitely or probably not true or that they may or may not be true.

With absent insight/delusional beliefs: The individual is completely convinced that obsessive-compulsive disorder beliefs are true.

Tic-related: The individual has a current or past history of a tic disorder.

Type 2 Excludes – which means that these are considered separate disorders

The following code(s) above F42 contain annotation back-references that may be applicable to F42:

The cause of OCD is complicated and no one really knows what factors might be involved, but here are some of the things that are thought to impact the development of OCD:

Studies find that it takes an average of 14 to 17 years from the time OCD begins for people to obtain appropriate treatment.

Some people choose to hide their symptoms, often in fear of embarrassment or stigma. Therefore, many people with OCD do not seek the help of a mental health professional until many years after the onset of symptoms.

In the UK There are two main ways to get help:

If you think a friend or family member may have OCD, try talking to them about your concerns and suggest they seek help.

Note: OCD is unlikely to get better without proper treatment and support.

The main treatments in the UK are:

Possible side effects of SSRIs include:

There’s also a very small chance that SSRIs could cause you to have suicidal thoughts or want to self-harm. Contact your GP or go to your nearest accident and emergency (A&E) department if this happens.

Most side effects improve after a few weeks as your body gets used to the medication, although some can persist.

Further treatment in the UK

Further treatment by a specialist team may sometimes be necessary if you’ve tried the treatments above and your OCD is still not under control.

Some people with severe, long-term and difficult-to-treat OCD may be referred to a national OCD service.

This service offers assessment and treatment to people with OCD who haven’t responded to treatments available from their local and regional OCD services.

To be eligible for this service, you must have been diagnosed as having severe OCD and have received:

Most people’s condition improves after receiving treatment from a national OCD service.

Living with OCD can be difficult. In addition to getting medical help, you might find it helps to contact a support group or other people with OCD for information and advice.

The following sites may be useful sources of support:

OCD Action, OCD-UK and TOP UK can also let you know about any local support groups in your area.

Psychosurgery (only found information about this from America)

Psychosurgery is used to alleviate symptoms of obsessive-compulsive disorder in patients who do not respond to medications or behavioural therapy.

As per the International OCD Foundation, four types of brain surgery have proven effective in treating OCD. They are listed on the OCD UK website but it was unclear if these are offered

anterior cingulotomy. Which involves drilling into the skull and burning an area of the brain called the anterior cingulate cortex with a heated probe. This surgery has provided benefits for 50 percent of those with treatment-resistant OCD.

Supporting someone with OCD

1. Do not regard OCD as the person’s fault and try not to believe that you or anyone else may have caused it. If the person decides to seek professional help, be supportive of that decision and encourage their determination to recover. Help your family member find the right treatment. The best treatment usually includes medicine, cognitive behaviour therapy, and family education and support.

2. Encourage the person with OCD to persist with their treatment, even when this seems difficult, and show appreciation of any improvement, however small.

3. Learn how to respond if your family member refuses treatment

4. Remember that symptoms may wax and wane. Some days, the person may be able to deal with symptoms better than others. Each person needs to overcome their problems at their own pace, even though this may be a lengthy process.

6. Allow the person to explain their problems to you. This will help them to feel less isolated and ashamed of their condition. The symptoms may seem unrealistic and irrational to you, but the fear for the person with OCD, is very real.

7. While supporting the person with OCD, try not to support the obsessions and compulsions. The International OCD Foundations calls this recognising and reducing “Family Accommodation Behaviours” Family Accommodation Behaviours are things families do that enable OCD symptoms. Families are constantly affected by the demands of OCD. Research shows that how a family responds to the OCD may help fuel OCD symptoms. The more that family members can learn about their responses to OCD and the impact they have on the person with OCD, the more the family becomes empowered to make a difference! Here are some examples of these problematic behaviours:

Note: The worst thing to do is to give reassurance to the person that their fears are unfounded. If you do this, the person will not learn this for themselves and the disorder will persist. Encourage the person to challenge the obsessions and compulsions.

8. People with OCD are often aware of the humorous aspects of their obsessions and compulsions. This awareness can be used to help them distance themselves from the condition. However, resist mocking the person’s symptoms as this may cause additional stress, shame and embarrassment.

9. At home, people with OCD should be encouraged to maintain as normal a lifestyle as possible. Families should not try to adapt their ways of doing things to accommodate the person’s obsessions and compulsions.

10. Remember that OCD is tough for families to deal with. Continue to communicate with each other. Remember also that the family, friends and carers of people with OCD need help and support themselves. Make sure you continue to do things you enjoy and have people to talk to about your own feelings and concerns. 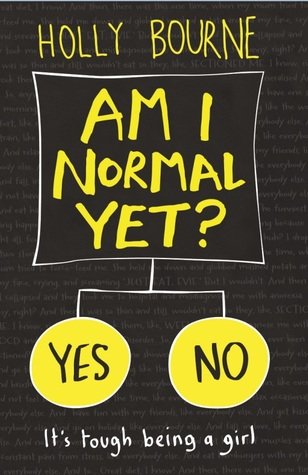 All Evie wants is to be normal. She’s almost off her meds and at a new college where no one knows her as the girl-who-went-crazy. She’s even going to parties and making friends. There’s only one thing left to tick off her list…</span>

But relationships are messy – especially relationships with teenage guys. They can make any girl feel like they’re going mad. And if Evie can’t even tell her new friends Amber and Lottie the truth about herself, how will she cope when she falls in love?