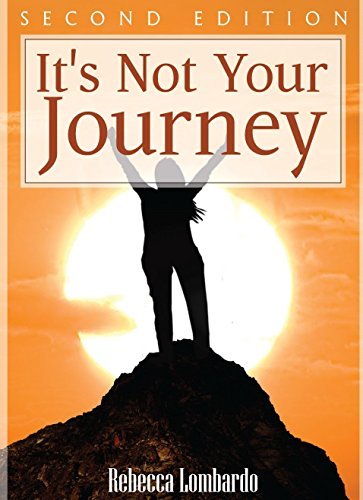 Follow Rebecca Lombardo as she details two years of her twenty-five year battle with mental illness and what brought her to attempt to take her life in 2013. As she recovered from that attempt, she continued to write in the hopes that she would help purge some of the pain in her life. What she never expected was that she could help others as well. This book quite simply began as a blog and became a book; where she opens up about her real and raw emotions during those two years.

Set aside any preconceived notions you may have about what a book should be and put yourself in the shoes of someone struggling daily with a disease she could not control, despite the support of her loving husband. Even with the struggles, Rebecca attempts to offer the reader support and guidance as she begs them not to follow her path.

This book is the true story of one woman that fights a battle inside her mind every single day and attempts to document what she is feeling to help others while she helps herself. This is the second edition of It’s Not Your Journey.

At 44 years of age and happily married for 15 years, Rebecca can finally say that she is on her way to reaching her dream. Not only does she hope to help people that are struggling with depression, she hopes to help everyone realize that you are never too old to find your voice.