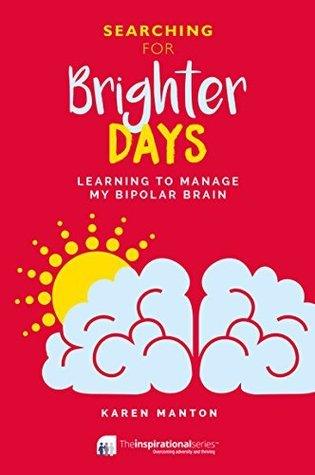 Growing up in a deprived area of North East England in the 1970’s, alcoholism and violence played a huge role in Karen’s everyday family life. But things were only to become more difficult when, at the age of seventeen, she began her battle with anxiety and depression, an illness nobody recognised.

At times feeling as though she was locked inside her own mind, Karen tried to make sense of her heightened and intense emotions. Her reality became a devastating, deteriorating state of existence, and no one seemed to understand what was happening to her.

A number of harrowing, recurrent and often bizarre episodes – including a phantom pregnancy, a nightclub assault, and an unhealthy obsession with a celebrity – eventually lead to Karen being sectioned under the mental health act and taken into hospital. It then took years and many more dramatic relapses before doctors would finally give her the correct diagnosis of bipolar disorder.

This is a no-holds-barred, inspirational true story of how, despite losses and difficulties along the way, Karen Manton learned to manage her illness, stay out of hospital, and find those ‘brighter days’.